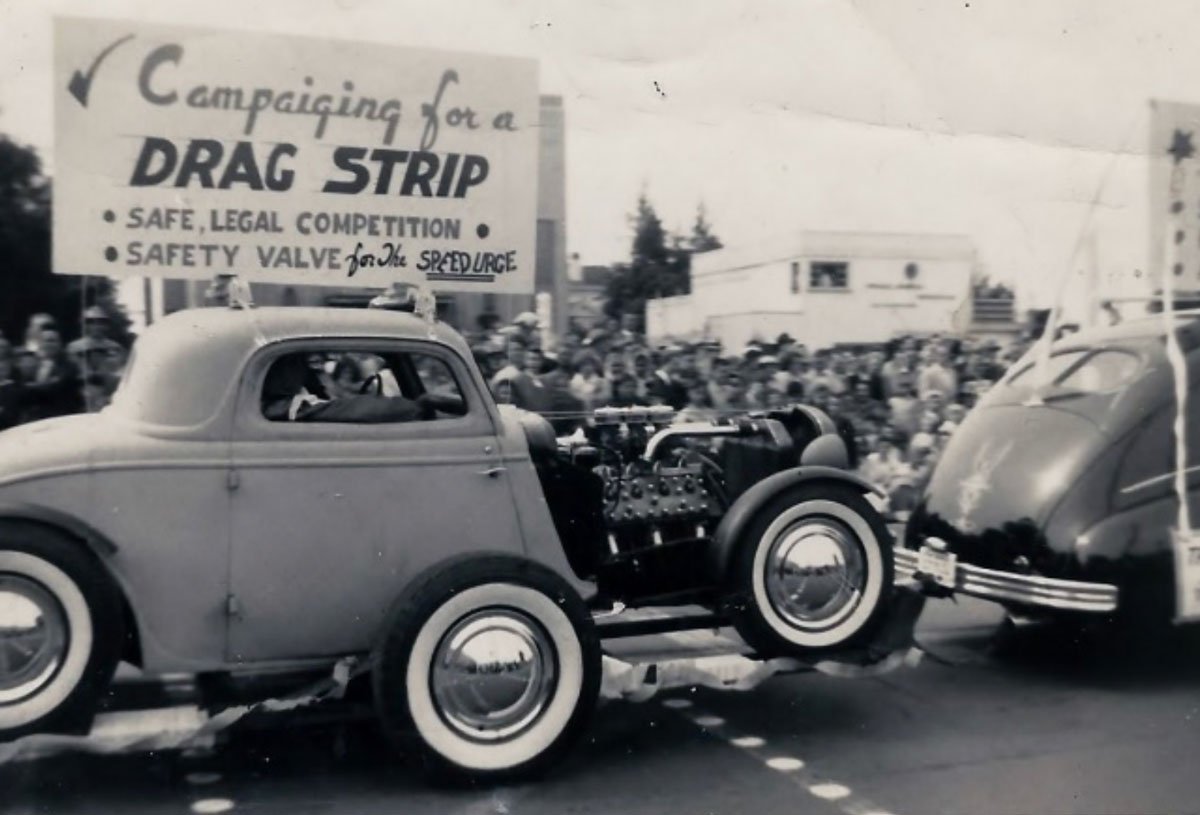 Well, 2019 has been quite a year.  We’ve gone from highs to lows… but it’s looking good again.  We’ve achieved our 1000 member goal. Thank you to everyone. Each of you helped show the demand for a permanent drag racing facility on the Island. Your ongoing support is needed to make this project a reality.  2020 could be our fundraising year for building on a piece of private land!

Here are the highlights:

Details – City Goes from Encouragement to Rejecting the Airport Location.

As 2019 opened, we were on a roll.  We received approval from Nav Canada and were making progress with the OCP amendment and hoping to get a development permit soon.  At the AGM we were encouraged by the comments from the Mayor and the two First Nation Chiefs that attended.  Nothing could possibly go wrong… right? We were in disbelief when we received the News Release saying the airport location was rejected.  This stunning reversal came on the heels of mixed messages from various staff departments, concerns over noise raised by some businesses and residents, and the wording of the 1966 Crown grant which created the airport built by the Federal Government.

This prompted a VIMSA News Release rebutting the concerns and we believe led to the creation of the Drag Racing Facility Select Committee. This committee was made up of two elected City officials (Charlie Cornfield and Kermit Dahl), two representatives of VIMSA (Jim Johnson and Dan Wickham) and one “community builder” (Kris Mailman).

The objective was to find a location in or near Campbell River that would accommodate the racing facility.  Six or seven sites were looked at, but none fit the bill… usually in the Agricultural Land Reserve, or not large enough, or too hard to get to.  The committee disbanded after several meetings where the locations were discussed and rejected.

This process did get the word out.  Consequently, we received an offer from a landowner of a potential site south of Campbell River near the Cranberry Lane turnoff on the Inland Island Highway.  Nothing has been formalized, but the landowner is interested and is working on acquiring more land to accommodate the facility.  We are very early in this process and will give details as they come available. As always there are issues that must be addressed but after looking carefully at the site, we are excited about its potential.  Close the freeway, easy access, a natural sound berm, and still close enough to Campbell River to provide necessary services.  Even better, we have met with the Regional District area director and he has indicated his support for the facility.  Like any site, government is involved and must approve, but this site meets all our criteria.

We are waiting for the landowner to complete discussions with the neighbouring forest company on the acquisition of further land to accommodate the proposed facility. Preliminary sketches and geotechnical drawings have been reviewed.  The proposed site is relatively flat, with excellent soil substrata upon which to construct a drag strip, return road and parking.  The cost of construction should be less than the estimate for the airport site. Power and water are close by.

Details – VIMSA Applies for a Grant

Needless to say, we were shocked and devastated by the council decision to reject the airport location.  A lot of time and money had been invested in the airport proposal.  The City had given us a specific checklist of things to do and suggested that using a consultant would be essential for success. As a not-for-profit society, we felt that we had a good case to ask for some sort of compensation. Our discussion with City representatives regarding this led to the suggestion we request a grant to further our efforts to establish a racing facility in the Campbell River area.  We presented our case to Council’s Committee of the Whole. Because we followed the step by step checklist provided by the City, we incurred direct costs of $34,084.46.  We estimate additional that our costs to operate since inception would add up to well over the $50,000 asked for. We also asked for the refund of the application fees for the development permit and OCP amendment in the amount of $4,635.00.

At the October 21st Council meeting, City Council endorsed their decision to award the grant of up to $50,000.  We have received a cheque from the City for $34,084.46. The City will also reimburse up to $15,915.54 upon submission of receipts for work at the Cranberry Lane site.  The City refunded the $4,635.00 application fees as well.  Although the time is lost, we have funds to continue the pursuit.

It’s that time again. My term as President is up. I strongly encourage the need for “new blood”.  Succession planning is very important for any organization to stay strong.  This is a volunteer (unpaid) position.  The most important qualification is a burning desire to see this project through to the end. Here are a few items on the “to do’ list:

The secretary term is also up. Tina has expressed an interest in continuing, but new candidates are encouraged and welcome.

Your continued support will make this happen.  Please login and renew or send a cheque.

Overall Checklist of Requirements for the Motorsports Park at YBL