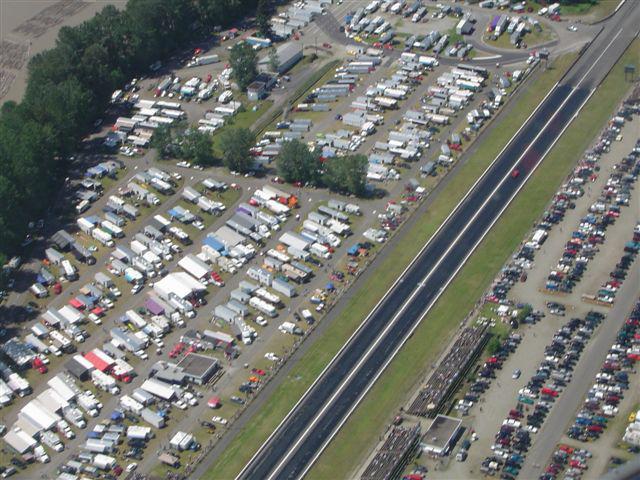 Why a Drag Strip & Motorsports Facility

(Although PIR has a larger population to draw from, this information is relevant.  To have the only facility of its kind on Vancouver Island would definitely create a significant economic impact to the community).

PIR is City owned and operated by their Parks & Recreation Department.

PIR held approximately 650 days of events in 2004. (Event days are greater than calendar days because the facility was double and triple booked on most days during peak season.) PIR estimates that track participants, spectators, and others made approximately 420,000 visits to the raceway in 2004.

*Interesting Survey Result* – approximately 87.4 percent of the person visits by non-residents would not have occurred if it were not for PIR. This result clearly indicates that PIR is the primary draw

Below is an example from an Economic Impact Study for Portland International Raceway (PIR).  Although they may have a larger drawing area, we draw from the entire Island so it could be relevant.

• An increase of $45.3 million in output (a measure of overall economic activity);

• An increase of $2.7 million in income for small business owners;

• An increase of $5.6 million in various other types of income such as rents, royalties, dividends and profits received by residents, local businesses, and others; and

• An increase of $2.6 million in revenues for state and local tax jurisdictions that includes approximately $1.2 million in additional property tax revenues for Multnomah County.

The primary revenue source for PIR is rent paid by users of the facility. PIR also earns revenues for the City of Portland through advertising and by renting parking spaces to the nearby Expo Center. As shown in Table 1, PIR earned $1,587,859 in calendar year 2004.  (See table in the PDF)

For the full survey go to:  https://www.portlandoregon.gov/parks/article/184066